As noted on Facebook several months ago (I know, I am really really terrible), ZedHair attended the 2011 Zambia Fashion Week in April. The last fashion week was in 2009 and the show has been on hiatus since then. Fortunately, Karen Nakawla and the team at Afro Multi-Media were able to re-organise things and get the show back up and running. I have attended the three Fashion weeks, including this one; my first being in 2008.

You may be wondering what relation hair and fashion have with each other? Many, in fact.

Obviously, I was interested in what kinds of hairstyles the models and people attending would be sporting. As mentioned in other posts, my hair-dar has been working in overdrive since I began this blog.

Analysing movement in popular culture, modern style and fashion over the last decade or so, a trend can be seen of a renewed interest in all things African. You can call it an African Renaissance of sorts. It spans across a revived local music industry where singing in the local language is cool. Restaurants that exclusively serve traditional African and Zambian cuisine are everywhere. We are embracing our own style in clothing and accessories. This also extends to household decor and interior design in hotels and offices. The corporate world calls it ‘ethnic’. Lastly, and in my view, least, is a slow appreciation for our own hair. The natural hair revolution began with braids, dreadlocks, Masai twists and is now creeping in with all out natural. We are still mainly at the funky TWA stage, but we are getting there.

That said, I know that what you want to see are pictures. So, here is a selected offering. Please go to the ZedHair ‘Zambia Fashion Week 2011‘ Facebook album for a more complete gallery of pictures. 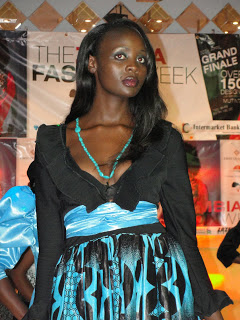 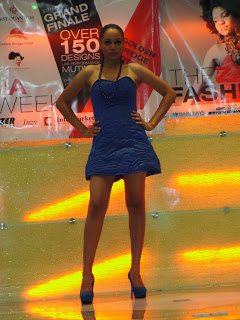 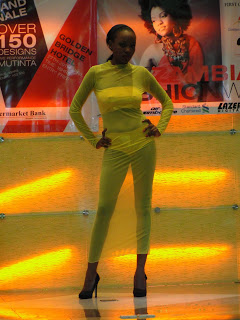 As an update, ZedHair readers will be happy to know that Towani Clarke of Kutowa Designs won the best Fashion Designer award at the recently held (August, 2011), Zambia Fashion Design Awards. Congratulations Towani!