Since taking up the 3in6 challenge, due to start on 1st January 2012, I have been wracking my brain thinking about what to do with my hair. The challenge does not allow direct heat and I do not want to use any extensions for the challenge period either. I have also banned myself from wearing Afros for more than a day. My main hair styling options are:
1. Mukule (cornrow braids) using my own hair only — no extensions
2. Wigs
3. Dukus
4. Two-strand twists


Mukule is pretty simple, but I need to find a relatively gentle braider to protect my hairline/edges and also one that will not kick up a fuss because I do not want to add extensions to my hair. Hairdresser arguments are a nightmare.

The wig one is also pretty straightforward. I don’t have that many wigs, but when I wear one, I try to wear a wig cap under it and also moisturise my hair every two to three days.

The regular moisturising also applies to the Duku. In fact, even more so, as the cotton fabric really absorbs moisture from the hair.

Even if I know I am entering a week of wearing Dukus or wigs, I still deep condition my hair prior to washing and apply leave-in afterwards. I have faithfully stuck to Kimmaytube’s leave-in conditioner recipe. After the leave-in, I add my hair oil mix to seal in the moisture. Over the next few days (in between wash days), I make sure to oil my scalp and ends on a regular basis. 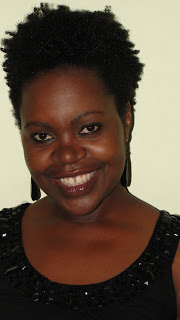 I have decided that if I am to maintain a basic two-strand twist hair style for six months (interspersed with the other three styles listed above), I really have to learn to do my own two-strand twists faster and neater. So far, I have managed by doing them myself, but they are only presentable for 4 to 5 days and so I tended to do them as a lead-in to a week of afro. Since, I am serious about retaining length, the afro is out for the time being. Also, the hair dresser that I trust to do my twists is out of the country for several more months. I am yet to find another reliable person who knows how to twist from the base/scalp/root. Most of the people I have been directed to, braid the hair for about an inch first and then go on to a two-strand twist. This really is a  matter of technique as I know that a 100% twist (from root to tip) can be done because I have done it and the style lasted a good three weeks. However, I am tired of arguing with hairdressers who insist it cannot be done or that it will not hold or that it won’t look neat, instead of just admitting that they DON’T KNOW HOW to do it.

My task for this week is to search for a more effective video tutorial on YouTube that will help me do two-strand twists that last for longer. This is while bearing in mind that it will take me several weeks of consistent practice to get it right. Isn’t it always the patience that kills us? I estimate that I will probably have to take them down weekly for about six to eight weeks, until I get the technique right. I am also working out at the gym quite a bit and so have to rinse the sweat out of my hair at least once (sometimes twice) between hair washes. Then, we are in the rainy season here in Zambia. For me, this means humidity and hair that always poofs up because of the moisture in the air. It isn’t as bad as in some regions, but it definitely used to wreak havoc with my relaxed tresses, way back when. This really is turning out to be a hair styling conundrum.

How are you preparations for the 3in6 challenge coming along?